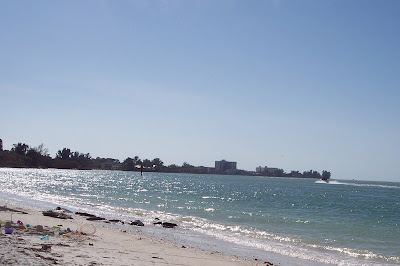 My intention for the month - and the year - is to lighten up. I stated it with confidence at my January new moon circle. I set it with purpose, knowing I've been too tightly wound, handling responsibilities with too much seriousness, operating too short on humor and lacking in the lightness of being that would allow me to move through these often trying times with grace. I boldly put my intention out to the universe and here is what happened...
- I got sick. again. And so did most of the people I care for in my six-person household. again.
- I became even more tightly wound and increasingly irritable.
- I became acutely aware of the weight of life bearing down on me.
- I became reacquainted with my old friends insomnia and anxiety.
You know that feeling you get when you're uptight and someone suggests you relax? It's a mix of defensiveness, stubbornness and helplessness that just makes you even more tense. Well, I've felt as if I received a great universal "relax." In return, I've been pushing back, embracing resistance and remaining solidly on edge.
Last night was the full moon, a time when intentions set for the month should start to materialize. But I felt heavier than ever, run down from consecutive illnesses and a course of antibiotics, drained from excessive care taking for the people I love. Exhausted but unable to sleep, coughing, restless and agitated, I looked out my bedroom window at the full moon, hoping for an answer. Nothing.
But this morning, when I shook off the grogginess of a (finally) drug-induced sleep, it was there, sitting in my mind ready to be discovered. One single word, gently rolling around, whispering its name: surrender. A beam of clarity pushed through the darkness.
With a bit of relief I realize I already know this path... the one of least resistance. The one where I practice letting go. Accepting. Being in the moment. I've walked this way before, many times. And I'm pretty sure, with some concentrated attention and a lot of patience, I can find my way back.

oh gosh... this is just lovely! I wish you lots of surrenders.....! let your worries go and enjoy this sweet life... I think there needs to be a little winds of change over in my home and heart as well! maybe a little dance at the beach...

Lovely, lovely, lovely. This was so well written. I just loved it. Glad to hear you busted through the fog. My thoughts have been with you much since Monday. Wishing you much peace.

beautifully written...and beautifully lived...even if it feels ugly at times!

i've just found you and oh dear me. i have spent an embarrassing amount of time looking through your blog.

i have a deep desire/need to create such a thing here and this is exactly what i need to hear about. you are inspiration. can't wait for more time to read more.