True to form, August arrived in a hot, steamy cloud of rain, making doing anything outside, beyond floating in water, pretty much miserable. However, despite the heat and humidity, another round of sickness in my nest, and some serious cabin fever, I'm in the midst of a mini homestead revival. 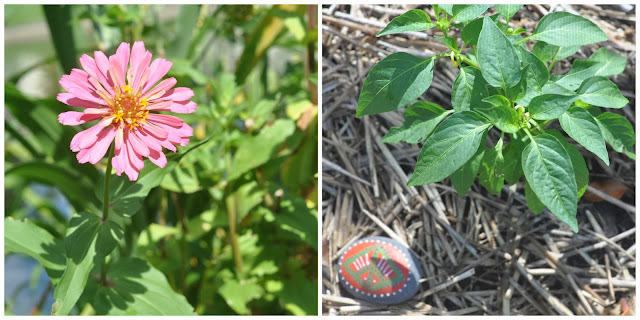 Last week, I made my first examination of the garden after a summer of complete neglect (meaning I hadn't as much as touched the beds in two months). As I began pulling out long runners of grass, high-growing weeds, and expired plants, I discovered - much to my delight - signs of life. Herbs growing wild, pigeon peas and long beans climbing bamboo supports, a couple of new pepper plants, even small starts of purple cabbage, nasturtiums, and swiss chard. My garden was sustaining itself! I completed the weeding; snipped an armload of african blue basil, okinawa spinach, and zinnias; turned the drip irrigation system back on; and was about to head back inside when I spotted two otters in the water behind my house. Throughout that day and the next, the otters were seen multiple times, rolling in the dirt and grass, resting in the shade of a cypress tree, and playing in the water. What a welcome back committee! 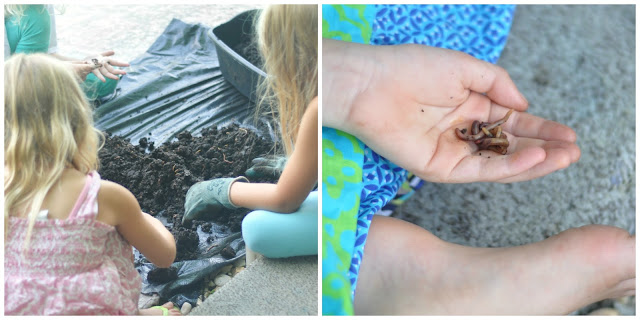 Fueled by the realization that I would, in fact, have a garden to return to this fall, I tackled my equally-neglected vermicompost bins too. My girls and some neighbor friends helped separate worms from the dark, rich compost. We shredded stacks of old bills and created a nice new bedding for the bin. I made a huge batch of apple-carrot juice for us to suck down while we worked, and dumped the pulp into the new bin, along with the morning's coffee grounds and eggshells (first turned into a fine powder in a coffee bean grinder). The result of our efforts was a bucketful of powerful, black vermicompost, and some much happier worms. 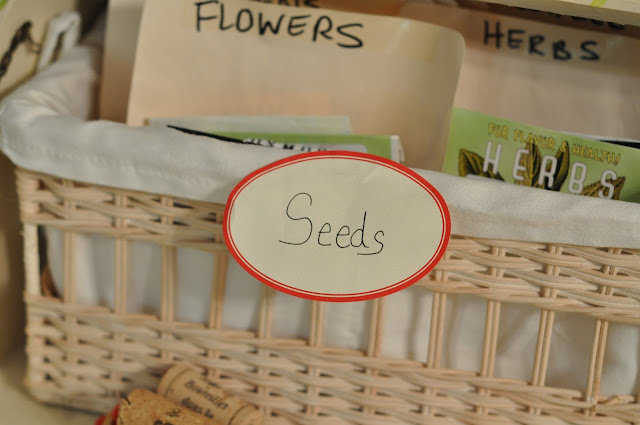 Next up, it's seed starting time. This week, I'll be starting seeds for my fall garden. Broccoli, kale, cabbage, lettuce, tomatoes, peppers, a variety of herbs and flowers... I want to follow the tradition of planting by the moon this season, if I can, so I've been researching this subject a bit, learning when to plant what. And why. {Look for more on this topic in the future...} 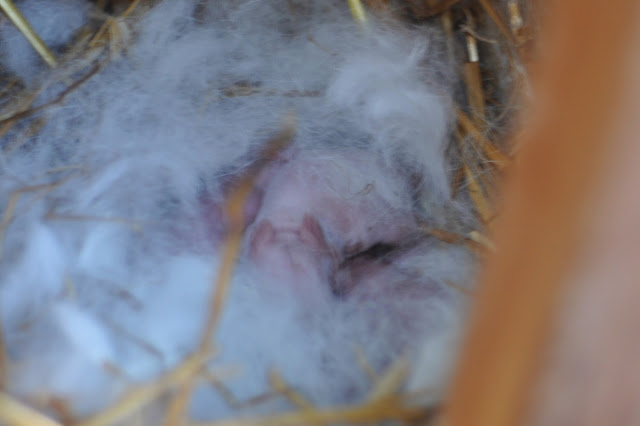 To top off a week of homestead revival, we welcomed a litter of five tiny, furless bunnies to our nest yesterday. Remember meeting Sandy and Marshmallow last spring? Our two girl bunnies...? Turned out Marshmallow is a boy! We decided to let them mate so we could experience the birth process. And here we are. Mama Sandy is doing great. She built a beautiful nest and is caring for her kits well so far. Meanwhile, the already-frisky daddy rabbit is on staycation in a dog crate on the back porch! Although I birthed both my babies at home, and attended the birth of my niece in my home as well, I'm a first time (and accidental) rabbit breeder, and therefore, a ball of nerves and excitement. My girls, of course, are simply over the moon.
I wanted to include a recipe for African Blue Basil & Lavender Pesto here, which we've been enjoying since my harvest last week. But this post has grown long and my time has gone short. So watch for it later in the week!

Oh, otters and rabbits and their babies...how exciting! Enjoy.

Have fun with your fall garden, getting ready to put ours in too.